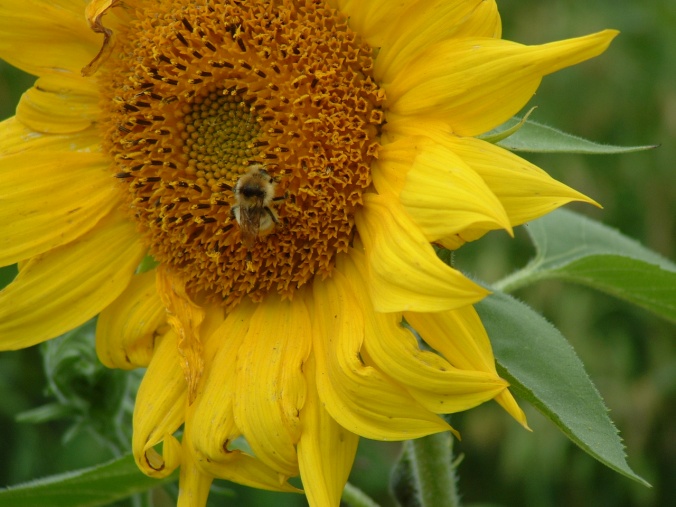 Part two: What can farmers do to minimize risk of fungicides to bees?

Scott McArt, Many farmers don’t consider the effects that fungicides can have on non-target insects such as bees.  But new research by scientists at Cornell University have found that fungicides can make certain insecticides such as neonicotinoids  – already known to be toxic to bees – much more toxic.

Farmers will often refrain from spraying an insecticide during the day when bees are active because they know it could affect them, but because they don’t think that fungicides will have any effect, they often spray them on a sunny, clear day when the bees are active, says Scott McArt, assistant professor of entomology at Cornell University’s College of Agriculture and Life Sciences, who is leading the research study.“Although the fungicide may not be having a direct affect on the bees because they aren’t necessarily very toxic to bees by themselves, it’s the insidious interactions with the insecticides or pathogens in bees that they need to think about,” he says.

McArt suggests a number of best practices that farmers can follow to try and minimize the negative effects of fungicides on bees and other non-target insects.

Researchers are already working on trying to figure out the interactions between different pesticide products and their effect on bees and other insects and develop some guidelines for management practices that can help them manage their pests with less risk to non target insects. They are already working with apple growers to test the effects of different types of fungicides for their synergistic effects and to understand the effect of different spray regimens.”We are looking at things like spray timing, and nozzle technology to reduce drift to try and make applications more targeted to pests and reduce the impact on bees,” says McArt. “We need to get the science into growers’ hands.”

(A version of this story first appeared in Grainews).

Next week in part three of this three-part series we explore an alternative to fungicides.